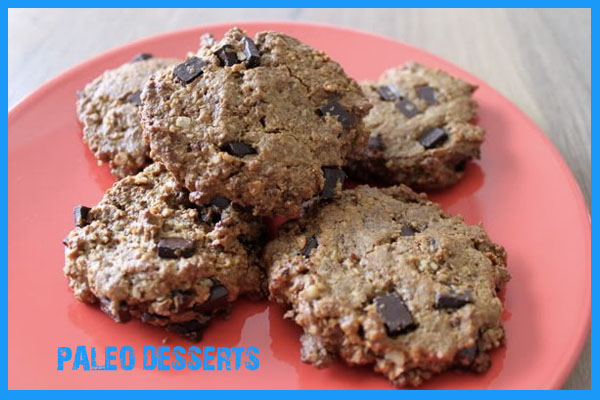 Following a Paleo diet leads to superior health and freedom from chronic illness. Though a Paleo diet typically means eating meat, vegetables, nuts, and seeds, it’s nice to have some dessert every once and a while. While no baking went on during the Stone Age, a number of fantastic desserts and treats can be made from these five, simple, Paleo ingredients.

Extra dark, unsweetened cocoa powder is a godsend for Paleo dieters. Although one can substitute baking chocolate or dark chocolate for the powder, it can be hard to find brands that do not add extra sugar or milk. The powder can be used as a thickening agent for making bars, or dusted over cups of fruit and trail mixes.

Cinnamon is actually extremely sweet-tasting to people whose palates are not exposed to sugar on a regular basis. Cinnamon is also good for bars, nut brittles, and cups of fruit. Additionally, some evidence shows that the spice may improve one’s insulin sensitivity, making its consumption synergistic to weight loss and optimal metabolic functioning.

Coconut products have been revered for millennia by traditional cultures. The oil can be used as a binding agent in bars, and as a means of reducing the glycemic impact of desserts. The flakes can be used in trail mixes, Paleo parfaits, and as a substitute for nuts if one is watching their omega 3 to omega 6 ratio.

This is a Paleo dieter’s go-to staple for desserts. Fruit is sweet, tangy, and juicy, adding just the right amount of sugar to an otherwise sugar-free diet. People who are trying to lose weight should probably steer clear of fruit for a while and stick to nut brittles to avoid the insulin response generated by fruit, but it should be fine to eat as an occasional treat.

Different Desserts can include fruit cups mixed with coconut flakes, and cinnamon, and (if desired) organic, heavy whipping cream.

Bee Pollen is different from honey in that it provides essential vitamins and amino acids with only a fraction of the sugar. This can be used as a sort of dessert condiment for most anything, and it adds an irresistible crunchiness. Honey itself can be used sparingly either drizzled over parfaits, or mixed in with brittles.

Subscribe to our newsletter to find out more about paleo desserts and latest recipes. Share your views below.