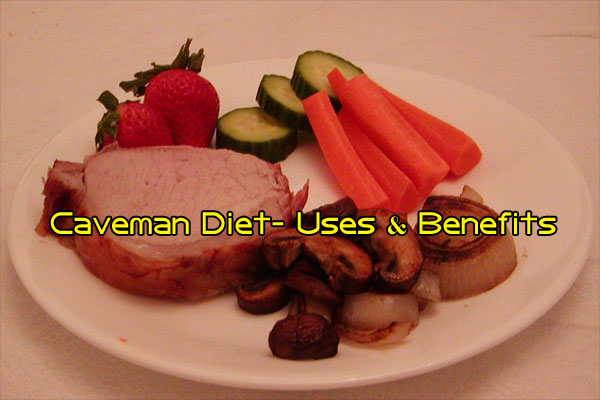 What Is the Caveman Diet? It’s Benefits and Problems

What exactly is the caveman diet? This is the question many people ask when they hear of it for the first time. Essentially, the caveman or paleo diet is a dietary plan based on the food culture of people who existed on Earth in the Paleolithic Era. Long before the advent of agriculture and modern food processing, their eating habits were unburdened by the artificial substances and preservatives we consume today. Their all-natural food sources provided them with a lot of energy to lead healthy and long lives. This is what the caveman diet seeks to reintroduce to our lifestyle. The Basics of the Paleo Diet Plan:

The food items included in this diet aren’t exactly the same as those consumed by our distant ancestors, but most of them are assumed to be so. People who lived in those days usually stayed healthy and stronger for more years, and their food provided them with enough energy to lead a tremendously active lifestyle. For this reason, it is assumed that eating the foods our distant ancestors ate will likewise provide us with stronger and healthier bodies to help us live longer lives.

The diet is known by many names apart from paleo and caveman’s diet, such as: ‘’the Stone Age diet’’ or ‘’the hunter–gatherer diet’’. In order to stick to the caveman diet plan, you should start consuming unprocessed foods or at least those that are less processed, instead of fully processed food items. The caveman diet consists of food products such as fish, meat, eggs, fruit, nuts, vegetables, seeds, nuts, mushrooms, spices, and herbs.

Coffee, alcoholic beverages, and other fermented drinks are excluded from the caveman diet plan. According to it, about 56–65% of an individual’s energy should being obtained from animal foods, and about 36–45% should be obtained from plant foods. Therefore both animal and plant food sources are necessary to provide energy for the efficient performance of our daily tasks. This diet plan excludes various food items that weren’t available in the absence of agricultural technology. Following the same logic, these food items weren’t available to our distant ancestors and so we shouldn’t consume them either. The caveman diet considers water as a healthy, sustaining drink. You can also use tea as an alternative. Honey, natural oils, and dried fruit are allowed in small portions.

Benefits of the Caveman Diet:

There are lots of benefits in subscribing to the caveman diet. The main is that it helps to maintain one’s body balance. It’s also beneficial in keeping glucose in the blood at the appropriate levels. The caveman diet provides sufficient energy to those religiously following it and, since it’s composed fully of natural herbs and spices, it is free from harmful side-effects unlike other diet plans. It also aids towards proper function of the immune system.

Problems with the Caveman Diet:

There’s no dietary plan without any problems associated with it. Likewise, the caveman diet also has its share of certain issues. Since this diet includes both animal and plant foods, it’s very difficult to be followed by vegetarians. You will also have to avoid most of your favorite dishes and food products such as coffee, bread, pastas, and many more. For this reason, we suggest not subscribing to the paleo diet at once but gradually, in order to allow your body enough time to adjust to it without problems.

The caveman diet is designed to help you gain strength and live a longer life, like our distant ancestors the cavemen. Although its critics contend that our shorter life spans are due not only to the food we eat but a plethora of other factors, there’s absolutely no harm in preferring foods that are all-natural and free from preservatives and additives. A healthy eating mentality, as promoted by the caveman diet, is bound to make you live longer and stay healthier too, while gaining you a leaner, fitter and stronger physique.

0 comments on “What Is the Caveman Diet? It’s Benefits and Problems”