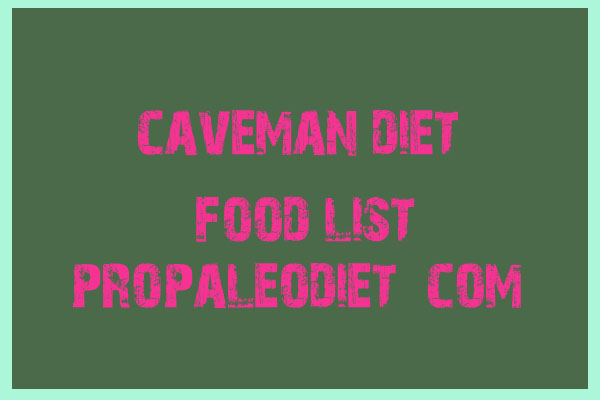 The caveman diet is one of those special diets preferred by an increasing number of health-conscious people all over the world. Its concept dictates that we return to consuming food the way our ancient ancestors did, before the advent of agriculture and modern food preparation that allegedly has changed the way our bodies process food.

Our distant ancestors remained healthier and had a stronger physique for longer than we do now, if we take out of the equation modern medicine and disease prevention. That is because of the way they ate. Making use of the same food items as those that our ancestors consumed is essentially the core of the caveman diet.

To follow the caveman diet, one needs to eat foods that were available 10,000 years ago or as close to that as possible. This diet plan includes fresh vegetables, fruits, lean meat, fish, and similarly healthy food items.

Let’s take a look at those food categories that comprise the caveman diet. Meat and eggs are highly recommended food items in the caveman diet food list. They are rich in proteins, which are responsible for providing sufficient energy to perform day-to-day activities, and constitute important components of a natural organic way of eating. Nearly 55% of the body’s energy depends on animal products in the caveman diet. The meat that is available today is mostly rich in fat content. And because our bodies have learned not to burn fat, the caveman diet dictates that we should reduce fat intake. For this reason, you should eat only lean meat that has very little fat content if you’re following the caveman diet.

Most green vegetables are included in the caveman diet. Any vegetable that can be eaten without processing is allowed: fresh vegetables such as cabbage, bell peppers, spinach, carrots, tomatoes, etc. are all included in the list. Certain vegetables, however, such as beans, peas, potatoes, and sweet potatoes, are excluded from the caveman diet plan. Potatoes and other starchy tubers should be strictly avoided. The principle behind their exclusion from the caveman diet food list is that they need to be cooked before consumption, unlike leafy vegetables which can be eaten raw. The caveman diet prefers raw foods to cooked, making sure the body absorbs all the necessary nutrients that are otherwise lost during food preparation, especially with the modern methods of cooking we employ.

Fruit is another major category of food recommended in the caveman diet, because they are rich in vitamins and minerals. Almost every fruit type, except from those with high sugar content, is included in the diet’s food list. Berries, oranges, apples, bananas, pineapples, pomegranates, papayas, lemons, limes, etc. are all highly recommended. On the other hand, you can also have small amounts of dry fruit to enhance the taste of a dish from time to time, despite the fact you should generally avoid them.

Nuts and seeds are also included in the caveman diet food list, but with a few exceptions. Peanuts and legumes are excluded and it’s better to also avoid cashews because they cannot be eaten raw. Instead of dairy products, choose almond milk or coconut milk as alternatives.

Olive oil and coconut oil are the two most common and highly recommended types of oil for the caveman diet. Fish oil is recommended too, as it’s rich in good cholesterol and has higher protein content than other types of oils.

Water is usually considered the healthiest drink of all. It is pure, natural, and works best for metabolism. It nourishes the body and enhances all its functions. But for variety, tea is another healthy option for a drink. On the other hand, coffee, alcohol, and other fermented beverages should be completely avoided. Instead of artificial sweeteners, you may use honey, as it is the best alternative to sugar.