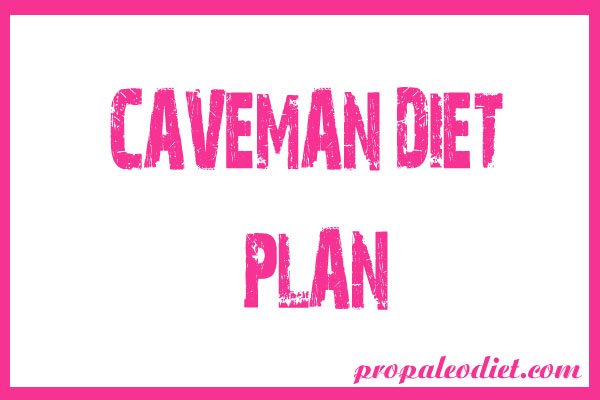 Will The Caveman Diet Plan Change Your Life?

The caveman diet is one of the most interesting dietary programs that have appeared over the last years, gaining more and more followers as time passes. This diet boasts its ability to help people lead longer and healthier lives.

Entirely composed of natural foods, herbs and spices, the caveman diet does away with the highly processed food items we consume nowadays. Instead, it promotes the consumption of foods that were eaten by our distant ancestors thousands of years ago. In a sense, their eating habits form the caveman diet’s food canon.

Other Names for the Caveman Diet

Everyone wishes to be stronger in physique and healthier, as well as to live for many years. This can be achieved through eating a very specific selection of foods, the caveman diet boasts, which cannot be compared to any other food items other dietary programs prefer. There exist various names for the caveman diet, such as the ‘’paleo diet’’, the ‘’Paleolithic diet’’, or the ‘’Stone Age diet’’, even though all of them refer to the same thing. This dietary plan consists mostly of protein-rich food items, such as meats, as well as fruits and vegetables that supply us with the vitamins and minerals we need.

One important factor as regards this diet plan is that there is no specific eating schedule to follow or any limitation to the quantity of food that can be consumed. The dieter can eat until their stomach is full and they can eat whenever they feel hungry. Natural herbs and spices are very important ingredients in the caveman diet plan because they pose great substitutes for spices and seasonings which need to be reduced from out daily diet, such as salt. And the reason behind this is that the latter have been found to pose many dangers to one’s health and immune system.

Vegetables and Fruits to Be Eaten

The caveman diet includes lots of vegetables and fruits. Although carbs from whole-grain food products, cereal, or rice are eliminated, fresh vegetables and fruits are made use of in order to replace the carbs that aren’t allowed. These are responsible for providing sufficient energy to perform daily activities efficiently. Vegetables such as bell peppers, asparagus, spinach, carrots, broccoli, tomatoes, etc. are highly recommended in the caveman diet plan. Other vegetables such as peas, beans, and potatoes should be avoided. The principle behind this distinction is that the paleo diet prefers the consumption of ‘’good carbs’’ instead of the ‘’cheap carbs’’ – since cheap carbs are responsible for triggering bigger insulin levels, which in turn prevent the body from burning fat.

Most fruits are included in the caveman diet plan, except those with higher sugar content that should be avoided. Apples, bananas, pineapples, pomegranates, berries, oranges, and grapes are highly recommended.

Foods to Be Avoided

There are certain food items that should be completely excluded from one’s table when following the caveman diet. Generally, these are the foods that came into existence when advancements in agricultural technology took place. The caveman diet maintains that the changes in the way we process food were made for the worse, and that we should revert to the more natural eating habits of our ancestors. For this reason, the diet prohibits certain food items that can’t be eaten without undergoing some form of processing.

Bread, noodles, pasta, and cereals from whole grains and which contain gluten are the major food items that should be completely eradicated from your table according to the caveman diet plan. It is recommended that dairy products, such as milk, yoghurt, and cheese, are also excluded.

Following these rules, the caveman diet boasts positive results in one’s health and overall well-being. The body starts processing food in a more natural way, burning more fat instead of carbohydrates, and exhibiting higher levels of energy throughout the day. As its name indicates, the diet helps you “live like a caveman” – leading a life characterized by strength, health, and longevity.

0 comments on “Will The Caveman Diet Plan Change Your Life?”