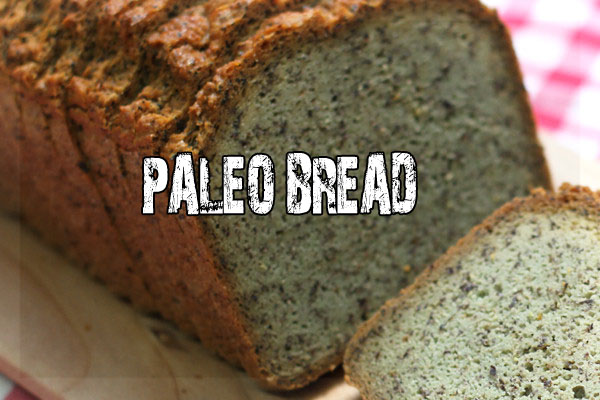 The paleo diet has become more and more common these days as people have started to recognize the multiple benefits it offers. This diet is suitable for anyone suffering from obesity and specifically for those who suffer from heart ailments.

Heart problems can be easily prevented if a gluten-free diet is followed, and the paleo diet fits the bill. Hence, it is prescribed by most health professionals. The paleo diet is easy to follow, as it allows nearly all types of meat and vegetables. Only whole grains and dairy products are to be avoided, since they aren’t in accordance with the paleo diet’s principle of consuming natural, non-processed foods. However, eliminating these products from your meals may result in a lack of fibre intake.

Proponents of this diet had to think of a way to substitute the grains which were removed from the paleo diet. Paleo bread was thus introduced.

Paleo bread makes use of a great fibre source, which is coconut. Coconut offers plenty of fibre, perhaps more than any other plant food or whole grain. Thus, the problem of fibre deficiency in the paleo diet is solved with paleo bread.

Paleo bread is commonly made of either coconut flour or almond flour. The other ingredients that are often used for its preparation include: baking soda, eggs, coconut oil, sea salt, honey, and apple cider vinegar.

Regular whole-grain flour isn’t used when making paleo bread. Paleo bread is gluten-free and for this reason ideal for people facing obesity-related problems. Its preparation doesn’t involve yeast, dairy products, starch, or soy. It is low in calories and carbs, and high in fibre and protein.

All the ingredients used to make paleo bread are free from fat and low in glycemic level, and due to this they can be consumed for weight loss. Paleo bread comes in two types and differentiation between them is made based on the key ingredients used in the preparation of each of them. Psyllium (or Ispaghula) is also added, as we know it is a rich fibre source. Its manganese, folate, and copper content all aid in the production of energy.

One type is coconut paleo bread and the other is almond paleo bread. Both varieties are rich in fibre content and also very tasty. Unlike ‘’normal’’ bread, these paleo breads have a distinct flavor because of their special ingredients.

Almond paleo breads are good for the brain because of the nutrients found in almonds. They are also beneficial for increasing the levels of good cholesterol and lowering LDLs. Almond paleo bread is rich in vitamin E, which is an antioxidant and helps in preventing heart disease. Almonds have 100% of the daily recommended vitamin E intake, and therefore almond paleo bread helps improve skin health as well.

Coconut paleo bread, on the other hand, due to its lower available carbs content, can help prevent spikes in blood sugar levels, which is definitely good news for diabetics. Again, because this type of bread falls under the rules of the paleo diet, it provides a natural, preservatives-free food that supplies you with energy without harming your health with artificial substances.

Paleo bread is the perfect recipe if you practice bodybuilding. The amount of carbs you take has to be very low for muscle building and overall fitness, since your body then learns to burn fat instead. Moreover, if the bread you are consuming is rich in fibre, you also get to feel fuller with just a few calories consumed, which is essential when trying to lose weight.

0 comments on “How to Make Paleo Bread- Easy Recipe”